We had heard about Baltimore's own "Miracle on 34th Street". It's in the papers, to-do books and people on campus told Jon we had to go... You see, around Christmas it is something special. This little street of rowhouses really comes to life during the holidays. 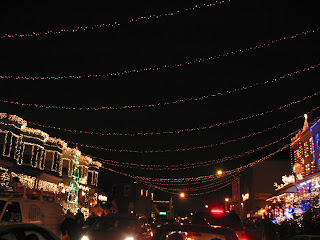 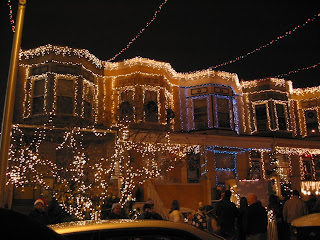 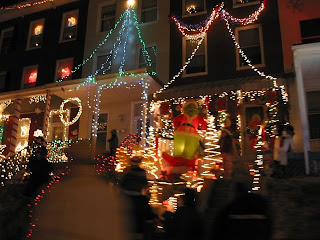 Some of the residents even invite people into their homes to look at art and drink cocoa. 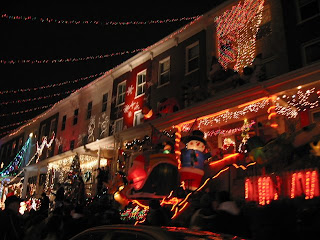 One resident dressed as Santa every night and passed out goodies to anyone who came by. 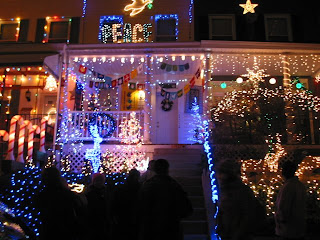 We had to go down the street twice to get these pictures. We actually waited longer to get on the street than it took to drive down it. Oddly enough, it was really fun - not the waiting necessarily, but the whole experience. 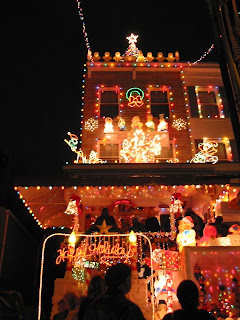 If there is a competition between the residence, (which I'm sure there is)this guy's got my vote. It was insane how bright it was. Have you ever seen the movie, Christmas with the Kranks? That street has nothing on this one. 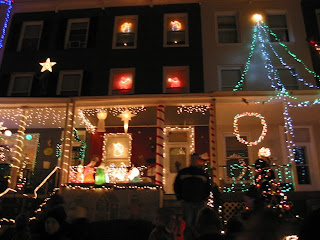 If you're ever in Baltimore during the holidays, I highly recommend this detour. We'll see you there next year.
Posted by Unknown at 5:33 PM

You didn't tell me about that. My kids would love that. I love when people put up christmas lights!