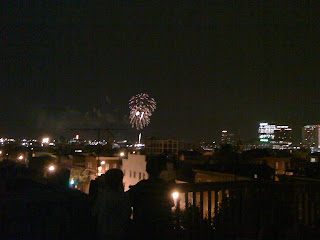 This was a different sort of Fourth for us. When we lived in UT, the Fourth was an amazing test of endurance. It began with an awesome block party on the afternoon and evening of the 3rd, followed by movies projected on the neighbors' house. There was the task of saving space on the parade route, arguing with police and generally going until you dropped and that was just the 3rd. The 4th began early by checking the coveted "reserved" parade spot to confirm that it was indeed still saved. Crepe breakfast courtesy of Leslie was not to be missed. The parade and all is wonderful chaos was next in the lineup. After hours of cheering and celebrating, we would retreat inside for a bit before heading to Sorensen's for their watermelon bust and then if we had any energy left, we might venture over for some tasty eats at the County buildings. Naps in the afternoon and visiting with friends was customary. And to top it all off, we would haul our camp chairs out into the street to watch the Stadium of Fire pyrotechnics display after dark., finally rolling into bed around midnight. I am exhausted just thinking about it. We did it though, every year for the last seven years we did it. 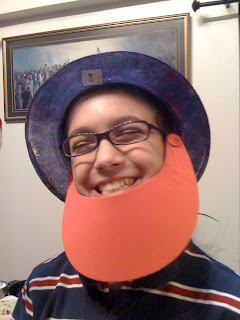 This year was different. On the evening of the 3rd, Jon went out with the Elders on splits until late and I made a pie for the BBQ the next day. Isn't it pretty? 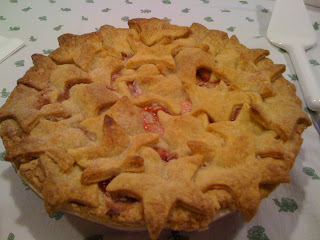 The morning of the 4th was mellow with nothing planned. That's right... NOTHING!! I really didn't know what to do with myself. No parade to hit, no running around, nothing. We just vegetated until it was time to go to a BBQ in the evening. 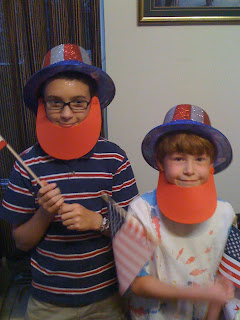 E and Sam, as Uncle Sam(s)
Thanks to Kristen and family for the fabulous BBQ! I especially appreciated the time we took to talk about the Founding Fathers and Our Nations' history.
The company was fabulous, the food delicious and the view for the fireworks, unbeatable. 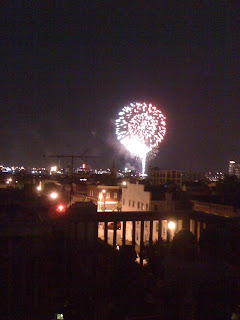 Fireworks over the Bay ~ View from the rooftop deck
As much as we missed the festivities in UT, this was a pretty terrific day. I actually spent some time reflecting on the holiday and the freedoms I enjoy. The fireworks were great. They were all up and down the Bay. I'm not adequately describing it, but it was a lot of fun.
Posted by Unknown at 11:23 AM