Can you believe I forgot the camera?! It's terrible but true. All pics were taken with my phone or Jon's. I'm going to look at it as a good excuse to go back. 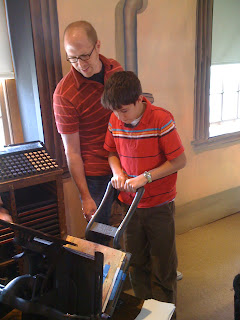 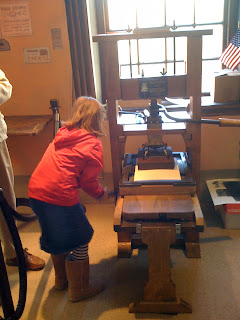 First we stopped in Lancaster to get a better idea of where to go. Lancaster is a nice, windy little city. We spent some time in a museum learning about printing, then picked up a map and set off for Bird-In-Hand and Intercourse in Lancaster County, PA.

Bird-in-Hand had a nice little restaurant where we got to taste some traditional Pennsylvania Dutch fare and I got my first hot cocoa of the season.

I don't have many photos to post, but my mind is flooded with pictures. I'll tell what I see. The Amish people are beautiful. But more than that, they are happy. The people we saw riding down the roads all had smiles on their faces. All of them. It was harvest time. The men were out with their teams working the fields. It was mesmerizing to watch. I could have driven around for hours, up and down the lanes just to watch them work. Their farms are well maintained and lovely to look at. Very picturesque. 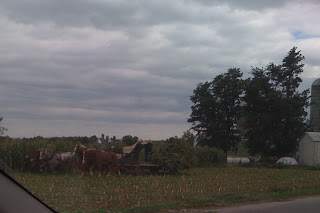 Taken from the car. It was so fascinating.

The barns were filled with tobacco leaves hanging from the rafters and the vertical slats on the barns were open for ventilation. There were traditional buggies on the roads but we also noticed another form of transportation they used. Its something like a scooter and a bike combined. There were mothers with kids along for the ride, big baskets on the fronts. My favorite was the youngish sort of man in traditional clothing on a "scooter-bike" with a cordless DeWalt drill in the basket. Oh how I wish I had had my camera for that one. 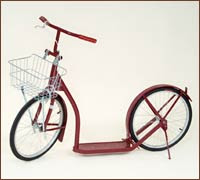 (Copied from the internet)

Along the roads there are signs out in front of many of the homes. Fresh eggs, flowers, furniture, etc. We stopped by one farm and purchased some fudge and root beer. This is not the root beer your mama makes. It is made with yeast to carbonate it. Jon loved it, as did E. Honestly, I prefer a good old fashioned Weinhards. However, the fudge was very good and the woman very nice. We stopped at an antiques store and meandered for awhile. I found a rolling pin I felt was worthy to add to my collection and a clock for my dad for Christmas. E discovered an enormous scythe, taller than himself, that he really wanted to buy. I almost did, but decided he could and probably would get himself into trouble with it. (Now I am wishing I had gotten it as it would make Halloween costuming all but done for him.) I fell in love with a bunch of vintage hats but left them there as well. The tag does in fact say $12. I should have gotten this one. Ah, the life/ budget of a student.

We went to a quilt shop that was fabulous. I wanted to take pics of everything in the store, but it was not allowed. They had these fabulous kitschy Christmas ornaments that I so wanted to copy, but - no pictures! 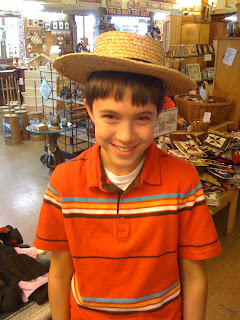 He did not want this pic taken. What a good sport.


Finally, we tracked down a shop known for their "Shoo-Fly Pie". Never had it? Neither had we, but we were told we couldn't leave Amish Country without sampling it. In the end we bought an entire pie (very tasty) and a couple of postcards to take home. 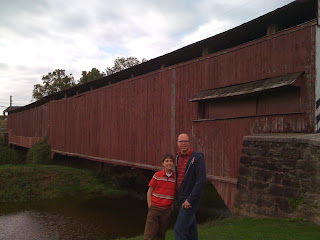 The longest existing covered bridge in Pa, I think. 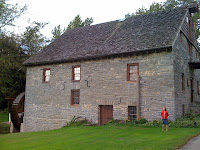 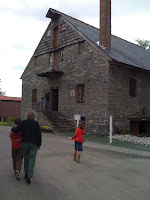 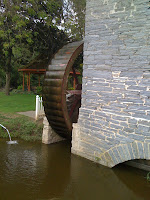 I remember the first time we drove through Lancaster. I was 12 and I felt incredible awe and wonder to learn about the Amish. I look forward to going back for a visit. I love your phone pics!