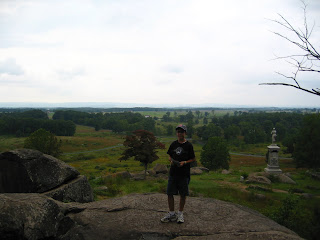 Its 10:00 Monday morning, aka Labor Day. Jon and I are staring at each other wondering what to do with our free day.
M: How 'bout Gettysburg?
J: Sounds good. Let's go.
(If only all decisions were so easy...)
Half an hour later, with a full tank, a cooler full of food, book for Et, art goods for Sis and tunes for Jon and I - we're off.
We couldn't have asked for a more perfect day. It was cool and overcast but not raining. There were people there, but I wouldn't call it crowds. We spent an hour at the museum and many hours more touring the battlefield - which is enormous BTW. I don't know how much Esther even understood. Et was amazed, as were Jon and I. I won't bother to write me feelings about the place except to say it is hallowed ground and I was completely overwhelmed at times. If you haven't been there, these pics will seem random. 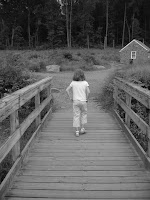 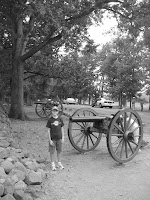 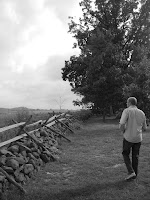 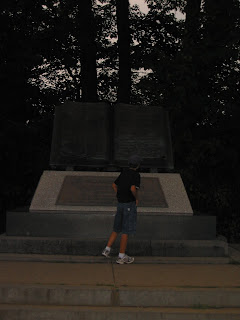 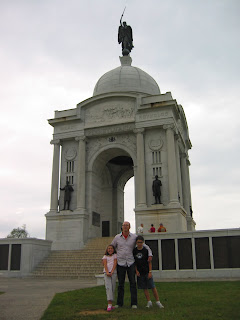 The Pennsylvania - The largest monument in the Park. 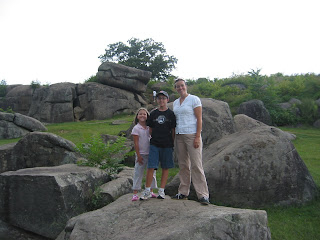 at Devils Den
E remembered all the names of the different battlefield areas. I thought he understood and would remember some names and battles. Apparently it had more of an impact than I thought. (Me with a big smile.)
Posted by Unknown at 6:54 PM